Anyone have an idea which club has had most players making senior appearances (ie SFL,SPL, associated cups and Scottish Cup)?
Top

I'd hazard a guess at it being one of three. Based on the fact that only St Mirren and Hearts have taken part in every league season as well as the OF but the Glaswegian clubs have played far more cup ties and hence will have called on the services of more players. Going further, Rangers have a fifteen years head start over Celtic in the Scottish Cup so it's most likely them.

Set against that the OF usually have more consistency of selection. For instance Clyde have 150 entries more than Celtic in John Litster's pre-war disk and Hearts have 2,823 entries compared to Rangers' 2,320.

However many of these are duplicates and each entry is per season. So twenty players with one season appear as often as one player with twenty seasons. Also, unlike his post-war disk, the pre-war one contains many players who made no first team appearances whatsoever. Even so that's a significant difference over nearly fifty years (ten entries a season on average) so Hearts must be considered.

At a stretch you might include those clubs who joined the league in its early years. But not one that joined after, say, 1895 at the latest and not one which missed any seasons (Dumbarton, Dundee) after that.

That leaves the original four of the OF, Hearts & St Mirren plus Hibs, Clyde, Killie, Partick Thistle, Motherwell & Morton. But I doubt if you need to go past the first three.
Top

Since WWII up to the end of 2009 in competitive games

The Rangers figures are based on the spreadsheet of Rangers results that was posted on here a couple of years back.

I don't have the complete Hearts line ups pre 1946 However IIRC according to David Speed (Hearts Historian) Hearts have had well over 1,000 unique players who have made a first team appearances.

Perhaps surprisingly there are around 1350 players up to 2002 in the official Partick Thistle history. However this includes 1939-45 and Glasgow and Charity Cups as well as some possible duplicates. Litster gives 2,300 entries for 1893-1946 for the Jags, more or less the same as Rangers. Difficult to believe they have around 50% more than Rangers with the past eight years still tobe added.
Top

I'll also throw in Dundee as even taking out the two seasons (1917-1919) they didn't play league football they still have around 2,200 entries. Of course they have no pre-league Scottish Cup players to add to that figure.

Bearing in mind all caveats that’s a sizeable ‘lead’ for Hearts.
Top

Just spoken to David Speed and the Hearts figure is

1177 up to the end of last season. That may be a few short (2 or 3 probably) as there are missing line ups from a few of the early Cup matches.

I've just done a count on the Post WWII Lister disc where players have at least 1 appearance on the Lister Disc. This is with 'duplicates' removed.

At first glance that turns my assumptions upside down - certainly for the post-war period. However, lower division sies are much more likely to throw in whatever player is available or make a short-term signing. But Albion Rovers, Cowdenbeath & East Stirlingshire all have only around 1,300 pre-war entries. Accies have 1843. The one I can't understand is Thistle. They have almost 200 more players than Hearts post-war but also seemingly 200 more in total despite the big difference in pre-war entries.
Top

Sat31March1928 wrote:I've had a quick look at the Albion Rovers list and there may be duplicates as there are lots of players listed by

I suspect the same will be true of other clubs as well but the ones with the most players will, presumably, have the most duplicates. Also, while the pre-war disk is of all registered players and the post-war disk for those who made at least one senior appearance, that appearance is a career one, not a club one. Hence there are players there who will have made appearances for some clubs but only signed for others and made no appearances with them.

The first alphabetical example I can find for Albion Rovers is Jason Alexander who signed for Rovers from Hibs (but isn't listed as a Hibs player), made no appearances for the Coatbridge club, then went on to Montrose where he made a couple of sub appearances before having his contract cancelled.

It was no great surprise that Alexander was freed at Links Park as he was pushing fifty and overweight. But he had been part of a great back four throughout the 1990s. 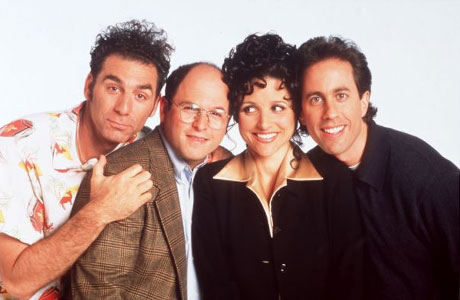 Going back to pre-war I make 820 unique entries for Hearts and 526 for Albion Rovers from the Litster disk. There will be more additional Hearts players in the Scottish Cup than Rovers.