The place to recommend books to other Forum users. Or even to warn off.
Post Reply
7 posts • Page 1 of 1

I hope to have this title out by the end of May. Here's the intro:

These are events and deeds unjustly forgotten by time. Men and women whose sporting prowess has been neglected by posterity simply because they had the misfortune to reach their peak in the same year England won the World Cup. It is time to restore them to their rightful place on history’s podium.
Top

Well, this is overdue but at long last I've completed the book. Before it goes on sale at Amazon I've taken 30% off the RRP for the paperback and 20% for the download. I've given a bigger discount for the paperback because you still have to add on p&p (£2.99 UK, £4.14 Europe). Prices are: £9.77 paperback, £4.79 download. Or €11.76 & €5.77 depending on where you live. Unfortunately the automatic US$ conversion isn't functioning but if you're in the USA then the price should show up automatically in dollars when you check out the book at the link below. Thanks in advance for any purchases. Feedback is always welcome and positive reviews even more so. 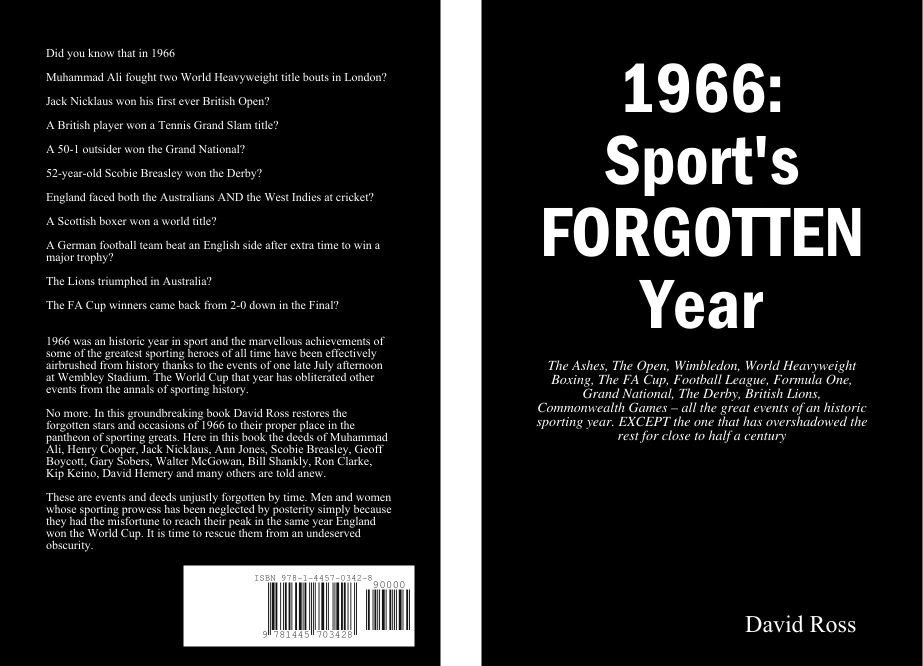 Kindle editions only at the moment. As soon as the paperback is available I will post here. In the meantime if you'd prefer a paperback copy please go to the link in the post above this one.
Top

Given that i was born in 1966 I really should buy this book!
Top

And so should everyone else born that year! And anyone with a birthday that year. And people born after that year.
Top
Post Reply
7 posts • Page 1 of 1