Thanks Alan - I certainly will give full and proper reference to the forum and individual members on any page where assistance is given. It is something that is done as standard but if you ever come across anything that has slipped through the net, please just let me known and I will amend as necessary. We also have a more general 'Thanks and Acknowledgements' page on the website that is a 'catch all' but as with any project of this undertaking, information can sometimes find its way to us that has 'lost' its original owner along the way...

Partick Thistle - Thanks for the info. I've updated the relevant league details for the 15/16, 16/17 and 17/18 seasons, however, I will have to address the goal difference tab on the tables later this week.

Thanks again and I look forward to exploring the forum!

Thanks Gents for the LA84 link. Found this article in the US Sporting Life on the first eight footballers killed in the First World

Not sure if it'll come up as hyperlink, so if anyone can advise how to insert a hyperlink I can sort at this end. Otherwise search on "soccer" and "clyde" (surprise surprise!).
Top

For those with a Facebook page - I was invited today to join a page there called "Footballers and the First World War."

Not on the roll of honour as he wasn't killed, but I have just come across a 63-year-old former Scotland captain who had gone to Australia and lied about his age to sign up for the Anzac forces in 1917, knocking off 15 years to pretend he was 48 and just under the upper limit. He was discharged after a couple of months when they found out.

And here is the story of RW Neill, captain of Scotland in 1880 and surely the oldest serving former footballer in WW1: 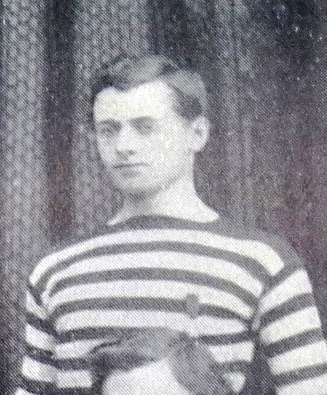 It's been a while since this was updated so hopefully this will kick-start it with a view to the centenary of the armistice later in the year. Apologies if these five have already been included - I had a quick look and they don't appear to be, but I've made that mistake before.

Harry Adam - Private 201259, 4th Royal Scots. Killed in action, Palestine, 12 November 1917, aged 27. From Dunfermline, he was a forward for Dunfermline Athletic, Kirkcaldy United & Dundee 'A' before returning to Kirkcaldy United.

Patrick McWilliam - Private 3532, 7th Leinster Regiment, Royal Canadians. Killed in action, F&F, 3 September 1916, aged 37. Lived in Coatbridge and was a miner at Rosehall Colliery. Played for Clyde, Falkirk, Albion Rovers (no league appearances with those three), Broxburn, Hamilton Accies & Bolton Wanderers. Described as a grand back and an expert at taking penalties.

Francis Kelly - Private 53182, 3rd Cameronians (Scottish Rifles). He was still serving in France when he died on 5 May 1919 from injuries received in a train collision. Buried in Montargis Communal Cemetery. An outside-right with Blantyre Victoria, Motherwell and Celtic. His father James played for Renton, Celtic & Scotland and was chairman of Celtic between 1909 & 1914.

Stanley Ripley - Private 630, 17th Middlesex Regiment. William Stanley Ripley was a native of Sunderland and a right-half for local club Seaham Harbour. Signed by Stoke City in March 1914, he enlisted in the Footballers' Battalion the following February. Wounded in the right hand in August 1916, he played for Raith Rovers during his convalescence, making eight league appearances during 1916/17. This ended when he was transferred to the 5th (Reserve) Battalion, which was part of the Thames & Medway Garrison. He died as a result of a chronic duodenal ulcer in Fort Pitt Hospital, Chatham, on 10 March 1917, aged 25.
Top
Post Reply
81 posts